It’s been a minute since I’ve blogged. More like a few years. I had a baby and now Agnes is 20 months old. She goes to daycare 30 hours a week so I’m now able to focus a bit more on Little Things Studio! Yeah! I probably should do a post about her, because she’s really wonderful. Anyhoo!

I’ve just released a new set of hymn greeting cards that I’m SO excited about! It’s eight designs with the hymn history on the back!

I wanted to tell you the hymn story of “Jesus Paid It All.” Sometimes a good story is made when two seemingly random events occur and come together in a lovely, new marriage. The making of “Jesus Paid It All” is such a story. The lyrics and tune of “Jesus Paid It All” were written separately by two members of the same church in Baltimore, Maryland, Monument Street Methodist Church. In 1865, Elvina Mable Hall (1822-1889) was sitting in the choir loft during a lengthy pastoral prayer. Unable to focus on the prayer (we all know how that goes), Hall began to write a poem on the flyleaf of her hymnal. After the service, she gave a copy of her poem to her pastor, Reverend George W. Schreck. Schreck remembered a tune that another church member had written and given to him. John T. Grape (1835-1915), a coal merchant and organist choir director (what a career pairing) at his church had written a tune that Schreck though would be perfectly paired with Hall’s poem. Schreck asked Hall to write a refrain for her poem, and the hymn, “Jesus Paid It All” was born. It was first published in Sabbath Periodicals and soon became a favorite hymn across the United States.

Like most great hymns, “Jesus Paid It All” is rich in Scripture references. “Sin had left a crimson stain” echoes Isaiah 1:18, where God says, “‘Come now, let us reason together,’ says the LORD. ‘Though your sins are like scarlet, they shall be as white as snow; though they are red as crimson, they shall be like wool’.” And you can hear the words of Ezekiel 36:26 in the “melt the heart of stone”: “I will give you a new heart and put a new spirit in you; I will remove from you your heart of stone and give you a heart of flesh.” You can even hear the elders’ crowns clanking down at Jesus’ throne in Revelation 4:10 when singing “I’ll lay my trophies down / All down at Jesus’ feet.” Although we don’t know what Hall was thinking as she wrote her poem, it seems that truths from the Bible were on her mind and made their way into “Jesus Paid It All.”

And there you have it— the makings of a beautiful hymn: truth-filled and sensory-rich lyrics, a catchy tune, and images from the Word. And because we believe in God’s sovereignty in all things, we can say that the union of Hall’s lyrics with Grape’s tune was no coincidence. We can sing “Jesus Paid It All” with the assurance that God orchestrated the composition of this hymn. 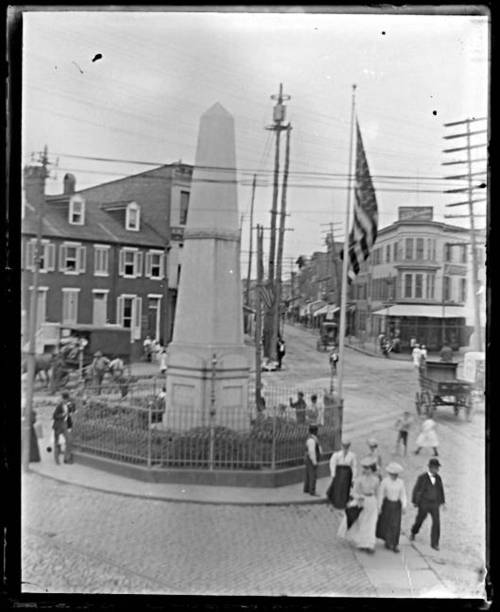